“AGARTHA, PATHALA & SHAMBALA: mysterious civilizations of Inner Earth”
“663 Aufrufe•08.04.2021”
“Unearthly
62 Abonnenten
Is Agartha the same as Shambala? What is Pathala? Is there a connection between these places and UFO activity on Earth?”

“UFO Activity is also seen in lake Titicaca in Peru.”

“Pathala: It sounds like a Paradise… it is an absolutely dangerous place for Humans..
Vedic Cosmology which speaks of 14 Planes of Existence, based on the Level of Consciousness. Earth is right in the middle…The Realms below Earth have increased in darkness, both spiritually and physically…Sathyaloka..Neither Sunlight nor Moonlight reaches Pathala which is heavily influenced and trapped by materialism………non-human entities, mostly Nagas, immensely powerful, Supernatural Serpent beings and Rakshasas, fierce demons that possess boundless strength. So Pathala is not exactly a divine place, it is actually one of the 7 hellish planes.

The word Argartha does not exist in the Vedas, instead the word of the underworld is called Pathala.”

“The technology here is unrivaled

“Shambala is also know as the city of eternal youth. The inhabitants of Shambala have a very high level of consciousness as well as sophisticated technology. Only Humans who are resonating at this very high level are allowed to enter Shambalah in their astral bodies, but they ca never return from there.”

“Initiate of Mystery School from India…Ascended Masters who lived in the underworld Realm of Agartha. A highly advanced civilization with highly evolved technology.”

Unearthly
Cosmic Consciousness with Jonas
vor 1 Tag
that was an excellent and very informative video! thank you.” 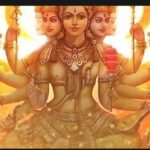 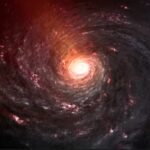 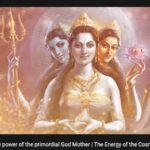 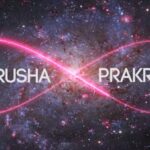 “Sadhguru
7,43 Mio. Abonnenten
Sadhguru looks at the nature of the being that we call Krishna, and explains how he was a multifaceted, extremely capable being.

#Sadhguru​
Yogi, mystic and visionary, Sadhguru is a spiritual master with a difference. An arresting blend of profundity and pragmatism, his life and work serves as a reminder that yoga is a contemporary science, vitally relevant to our times.”

“When Lord Krishna Explained Parallel Universe To Lord Brahma | Theory of Relativity”
“730.209 Aufrufe•15.01.2020
Indian Monk
561.000 Abonnenten
Lord Brahma made a mistake trying to test the power of Lord Krishna. Life went on like that for a year before Lord Brahma returned. Not to mention that einstein’s theory of relativity the time of Brahma Loka passes differently. There are 4 ages on earth that continue to circulate. A complete cycle is called maha yuga or Divya yuga. A thousand cycles of this type form a day of Lord Brahma. Therefore, one day of Lord Brahma is 4.32 billion human years. Each of those days of Lord Brahma is called “Kalpa”. So it only seemed a moment to Lord Brahma. However, when he returned, he was surprised to see children and calves playing with Lord Krishna as if nothing had happened. Lord Krishna knew that Lord Brahma was perplexed, so he transformed all the children and calves into the four-armed forms of Lord Vishnu. Lord Brahma heard music and saw many Lord Brahma’s, Lord Shiva’s, demigods, and jivas singing and dancing the names of God. Lord Brahma’s mind was opened for the first sight, but I was surprised, so Lord Krishna finished the dazzling scene. there is not only one Lord Brahma in the Universe but there are millions of Lord Brahma in the Universe so this story related to einstein’s theory of relativity or Parallel Universe.