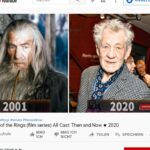 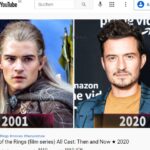 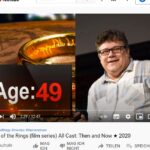 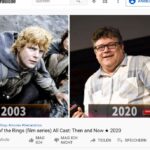 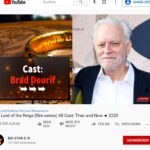 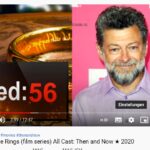 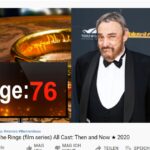 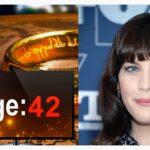 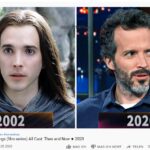 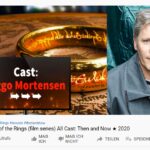 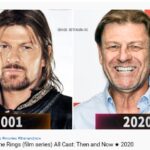 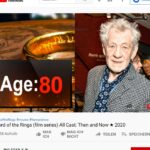 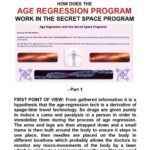 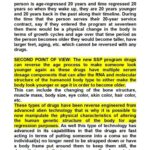 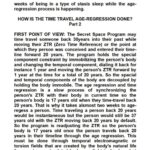 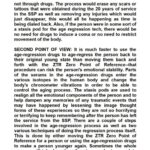 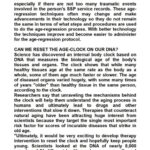 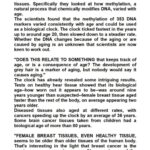 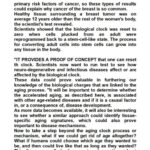 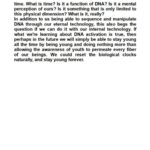 “Imagine a race of beings who reached the point of immortality through genetic manipulation, is this natural or unnatural? The fact that they have advanced to the point of immortality, and can choose to stay in a body as long as they please could be
viewed as a natural progression in the evolution of consciousness.
Maybe one day the human race will be ready for something of such magnitude, I personally believe we will. Right now we have a lot of growing to do in many other areas. We can’t expect to achieve anything unless we are a planet in which all beings live
in harmony with each other, and our society rids the fabricated excuses made to prolong conflict on the planet. It’s time to move past that type of energy, and energetically lift the planet up into a completely new vibration.
Wisdom is the alchemist’s powder of projection which transforms many thousand times its own weight of gross ignorance into the precious substance of enlightenment.
There is a biological mechanism which makes cells age, Dr. Skulachev theorizes that a new biological process is set in motion immediately after a mother gives birth. This process makes the body destroy itself. Maybe if the Philosopher’s stone(s)
did/do exist, it altered our DNA, or made genetic reparations to the ones who had them in their possession? What Dr. Skulachev is trying to do is stop this process, thus stopping everything that comes along with old age, including death
Given that aging is programmed, it can be stopped like any other program. In that case, ailments characteristic of old age will be nipped in the bum, we won’t age. 99 percent of the time oxygen turns into harmless water, but there is that one percent
that later turns into very poisonous elements. The task was to find an antioxidant that stops that process – Vladimir Skulachev
The body produces poisons, one of the most malicious poisons is generated at the heart of each cell in the Mitochondria. On one hand, they supply the body with energy and on the other, they gradually kill us. The older we are, the more poison we have
in our bodies in the form of free radicals – Maksim Skulachev
That development is called the Skulachev Ion. They do not promise eternal life, they simply try to prolong the active period of life, to grant humanity with years of healthy, productive and happy living. Results from Skulachev’s work shows that the
Skulachev Ion: (These conclusions are a result of numerous publications that you can view here)
Reduces age-dependent mortality rate
Slows down rethinopathies development
Slows down cataract development
Slows down uveitis development
Slows down glaucoma development
Prevents hypothermy development
Reduces the area of myocardial infarction
Prevents heart arrhythmia
Prevents kidney infarction–induced death
Slows down age-dependent decline of immunity
Prevents age-dependent decline in limphocyte-neutrophil ratio in blood
Slows down thymus degeneration
Slows down degeneration of follicles responsible for b-limphocyte development
Slows down development of certain cancer types
Slows down reproductive functions dissipation in females
Slows down disappearance of sexual motivation in males
Slows down age-dependent decline of wound-healing
Slows down osteoporosis development
Prevents balding
Slows down canities
Prevents senile anemia
Prevents senile depression development
Prevents age-dependent stimulation of apoptosis by hydrogen peroxide
Prevents age-dependent ß-galaktosidase induction
Prevents phosphorylation of histone H2AX
Reduces age-dependent peroxide oxidation of lipids
Reduces age-dependent protein carbonylation”
[=>19108]

“Japanese grandma DJ shatters stereotypes”
“34.901 Aufrufe•28.03.2017
CGTN
947.000 Abonnenten
Growing old may be a concern for some, but for one Japanese grandma age is just a number. Sumiko Iwamuro was inspired by techno music and is now one of the world’s oldest club DJs.”

“Omnipotent stem cell regeneration.”
“The supporting environment that can give the energy and the oxygen needed for the regenerative process.”
“TEDx Talks
Am 19.11.2015 veröffentlicht
Reverse aging, taking the biology back in time, can be achieved by inducing the body for self rejuvenation.
Dr. Shai Efrati: Director of the Sagol Center for Hyperbaric Medicine and Research, Assaf-Harofeh Medical
Under the management and guidance of Dr. Efrati, the Sagol Center for Hyperbaric Medicine and Research has become the largest most occupied hyperbaric center in the world, currently treating more than 120 patients a day. Dr. Efrati initiated a research program focusing on the neuroplasticity (regeneration of brain tissue) of Hyperbaric Oxygen Therapy (HBOT). In the first clinical study it was proved that HBOT can induce neuroplasticity in stroke and traumatic brain injuries even years after an acute incident. The vital clinical results gained from the research program have shed fascinating new light on regeneration of the injured brain as well as aging tissues.
This talk was given at a TEDx event using the TED conference format but independently organized by a local community. Learn more at http://ted.com/tedx”

“We only forgot since we were a small embryo in the mother abdomen, we should remember that and we should stimulate the body again to do the 2 things, to generate omnipotent stem cells and to bring enough energy to allow these processes to occur.”