#RolandMC707 #groovebox #sampler
ROLAND MC707 IN-DEPTH REVIEW
BoBeats
54.200 Abonnenten
This is the Roland MC707 groovebox and sampler and my in-depth review of it. Sponsored by Storyblocks Audio. 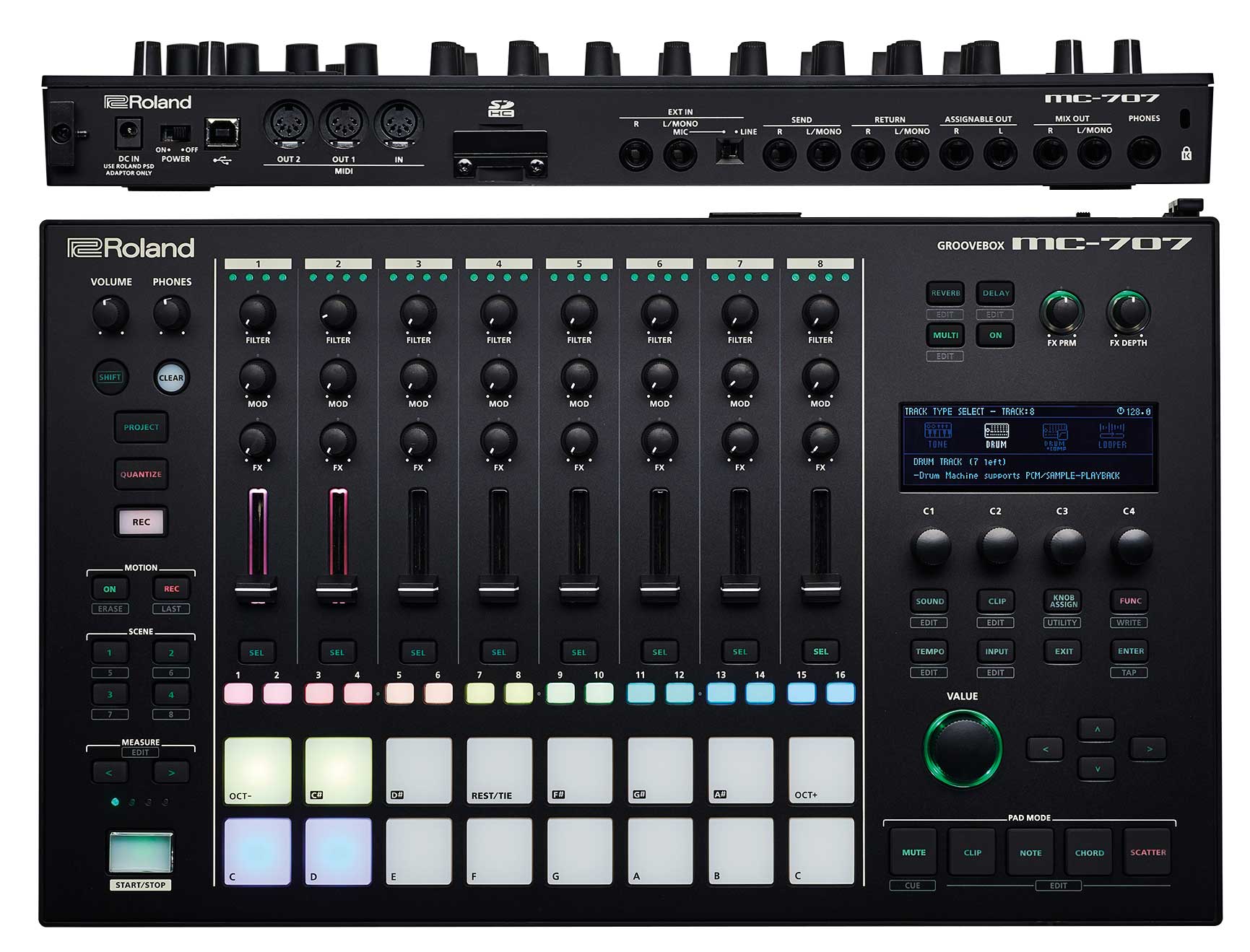 “Roland MC-707 review
The latest reincarnation of Roland’s groovebox range promises DAW-less track creation. MusicRadar steps out of the box”
“OUR VERDICT
It lags behind some rivals on the sampling front, but on the whole, the MC-707 is powerful, well-designed and a lot of fun.
PROS
Packed with lots of quality sounds.
Great effects, plus external send/return loop.
Very well thought-out workflow.”
CONS
No one-shot sampling or loop-slicing.
Lots of menu-diving.”
“Roland’s MC range of all-in-one grooveboxes has lain dormant since the release of the MC-808 in 2007. Much like their counterparts in Akai’s MPC line, these sampler and synth-equipped sequencers fell out of favour with much of the general public as music-making software became more powerful and modern tools like Ableton Live and NI Maschine made hardware solutions look old hat.
However, over a decade on there’s a new interest in ‘studio in a box’ tools that allow electronic musicians to produce and perform full tracks without a computer.
With the success of their recent MPCs and Force, Akai have proved that mass-market production stations can stand up against a DAW. No surprise, then, that Roland have chosen now to breathe new life into the MC line. While the name and basic principle is the same, the MC-707 isn’t simply an update to those earlier grooveboxes.
From sketching the foundations of a club track to acting as the centrepiece of a live setup, this latest MC ticks a lot of boxes
The MC-707 lands as a member of the brand’s Aira line, and design-wise it’s more like the recent TR-8S than the MC-808 or MC-909. (And no, there’s no D-Beam here; for better or worse!)”
“In total, the MC-707 offers eight tracks, controlled and edited via its central bank of channel strips. Each track can be assigned either a Tone (polyphonic instrument), Drum (multi-part drum kit) or Looper (audio recorder). Recording and sequencing of these elements is then handled by the pads and sequencer buttons, to create Clips, which are recorded, arranged and played using a grid system like Ableton Live’s Clip View.”
“ZEN-Core
Both Drum and Tone generators make use of Roland’s new ZEN-Core engine, using a mixture of PCM samples and virtual analogue. That means there’s no Analog Circuit Behaviour (ACB) tech – the much hyped engine used for the Boutique range and the TR-8S’s drum emulations.
Despite this, the MC-707 is packed with sounds from Roland’s past, which on the whole sound excellent. There are multiple varieties of drum kits based around sounds from each of the company’s classic groove boxes and instrument patches that take influence from Junos, Jupiters, 101 basslines and more.
In total there are more than 3,000 Tone presets and 80 preset Drum kits, each made up of 16 individual drum sounds. The Tone and Drum generators are more than just preset players though; each has a decent amount of sound shaping parameters. Drum sounds can have each individual sample tune shaped, while the Tone engine offers a simple subtractive synth engine, whereby the source sound can be filtered, shaped and have effects applied. ”
Source: https://www.musicradar.com/reviews/roland-mc-707